Countrywatch Database has good agricultural import and export data for all countries.

After selecting your country, click agricultural data on left side of screen.

You will see consumption, production, imports and exports for major agricultural products. Plus prices.
Example:

Posted by Charles Allan at 3:37 PM No comments:

Designing Apps For A Living

Our best database for researching how to monetize apps is Gartner Research.
Posted by Charles Allan at 1:20 PM No comments:

Find Corporate Officers From Years Past

There is one assignment where you must track changes in corporate managment over the years: find out who was working where and in what position, etc...

You can do this by accessing Mergent Manuals and entering in your company name. Each entry lists the company officers for that year. There are previous years available - in fact, decades worth. 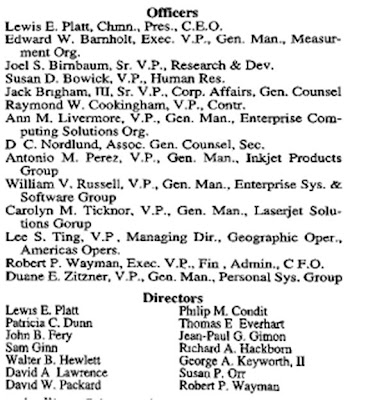 Here is the original blog entry about Mergent Manuals.
Posted by Charles Allan at 11:57 AM No comments:

How To Find Marketing Scales/Surveys or Psychology Tests

This is one for the marketers. You might have to find a marketing scale or even psychological tests.

You want to search the ETS database and search for the name of your test.

Find the call number, write that number down and come up to the third floor.

Someone will assist you in locating the microfilm box and determining whether or not we have the test available ( it's kind of strange the database won't tell you.)

Now you can make a copy of the actual test.

Mental Measurements Yearbook will allow you to read a description of the test or search for tests that your subject area. There will also be an interesting abstract of what the test measures.
On some occasions you may find the actual text of the test.

Here's an internet link I found that discusses different kinds of marketing surveys. I think most of this information would be repeated in ETS link above.
Posted by Charles Allan at 11:20 AM 6 comments:

There are too many Hollywood remakes.

According to this article, there are 30 remakes in the mix. And that's in addition to the films that have been remade already in the last few years.

But more than anything, economics is driving the trend, says Villanova University film Professor John O'Leary. "The powers that be in the film industry are feeling the heat from a bad economy and a changing distribution system," he points out via email, adding that studios are so afraid of failure that they don't dare venture into any uncharted waters. "They go to stories that have already been successful with the American public (even if they were in another medium or at another time) and make them again."

Read that again. The professor is saying that people are afraid to take chances and don't understand that's what made the originals successful.

Our culture is afraid or intellectually unable to engage with its present. We've mastered the great ideas of the past, and miss the point that these great figures thought creatively and responded to their present. And what worked in the past may not work today.


Folks, this is a sign of a culture that's stuck. And you see this in finance, energy, politics, law and other walks of American life.

It's the age of double down.


Can't wait to see what breaks this logjam.

Posted by Charles Allan at 10:55 AM No comments:

MRI + shows you the consumer profiles for users of products.

Note: don't forget to click on Mediamark reporter link when you get in!

Awesome database, but you're gonna need a cheat sheet for the charts:

Quick and easy link to explanation of the chart:

Posted by Charles Allan at 10:31 AM No comments:


Decades worth of domestic US interest rates here.

Posted by Charles Allan at 12:07 PM No comments: